Behind the famous Dunkin’ Donuts and Baskin-Robbins ice cream brands is National DCP, the $2 billion a year sourcing and distribution arm that ensures reliable product deliveries to more than 8,100 restaurant locations in the U.S. and abroad. As the IT and physical distribution backbone, NDCP is relied on by thousands of franchisees to serve up what their customers want, when and where they want it.

NDCP was formed as a membership cooperative following the successful merger of five different operating companies in 2012 to support Dunkin’s growth and expansion plans. Today they employ more than 1,700 team members at their headquarters near Atlanta, regional distribution centres, and logistics hubs throughout the U.S.

In a move to optimise its physical and IT networks, NDCP launched a major initiative called “Project Freshstart.” NDCP merged its four legacy regional businesses into one national company. It then rebuilt its IT capabilities virtually from scratch.

Out went a 10-year-old system too fragile and antiquated to effectively scale up with the demands of a unified infrastructure. In came a refreshed system with integrated TMS and WMS running on a single platform and connected to new ERP and Labour Management software (LMS), warehouse voice picking technology, outsourced data center operations and a re-designed web portal for franchisees. NDCP pushed for the entire initiative to be completed in less than a year.

All the right moves

Manhattan Associates quickly rose to the top of the list of TMS/WMS/LMS providers. With a proven track record of designing and managing integrated platforms, plus deep experience with wholesale food distributors, the resources to execute the transition quickly and easily. Robust training and support tools, as well as a scalable model that could be repeated as each region went live, matched perfectly with NDCP’s requirements.

TMS and WMS together enable growth

With a tightly integrated TMS and WMS, NDCP manages its supply chain in ways it never has before. Order, inventory, and transportation information flow quickly across the Manhattan platform, giving NDCP unprecedented visibility from one end of the chain to the other.

Rapid access to good information provides the flexibility to introduce dynamic transport routing into what had been a static routing environment. The ability to incorporate multiple modeling scenarios enables NDCP to run routes more efficiently and take advantage of backhaul opportunities.

Manhattan’s technology opens the door for NDCP to leverage mobile applications in delivery operations. NDCP can fully unlock the value of its vast road infrastructure, capabilities that will become ever more critical as it expands its geographic coverage area west of the Mississippi and looks to double its distribution centre footprint. Tarsus Distribution: What drove us to optimise our supply chain? Watch part 1 of 4 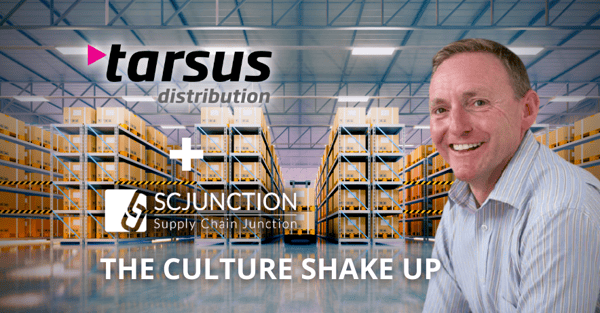 Tarsus Distribution: Learn how Scale impacted the culture at Tarsus. Watch part 2 of 4